How did this venture come about?

In 2007, Google acquired software for the visualisation of statistics called Trendalyzer and started experimenting with ways of making public data available to its users.

In May 2009 Google contacted Eurostat to find out whether it would be possible for them to use and visualise our data. They were very keen because our figures are harmonised for the whole of Europe and come free of charge.

Last October, Bernard and Chris went to the U.S. for talks with Google. What were the main issues discussed?

As we had the authorisation of our Director-General, who liked the idea of improved international exposure of our data, we met for talks on the details of the future co-operation.

Since then we have been jointly working on two projects: the first one being the Google Public Data Explorer, and the second how to improve the visibility of Eurostat figures by placing them at the top of search results in the Google search engine.

This second venture, to be launched when Google solves the remaining technical issues, will mean that each time a Google user searches for an indicator, such as the divorce rate or diesel prices in Europe, the first result returned will come from the Eurostat database.

What are the three Eurostat datasets currently available through the Google Public Data Explorer?

The three datasets are the figures relating to the Harmonised Index of Consumer Prices (HICP), the minimum wage, and monthly unemployment.

The visualisation tool shows, for example, the evolution of annual inflation for the EU or any Member State selected, using the most recently updated data.

In the future, we are planning to expand the number of Eurostat datasets accessible via the Google tool. Google keeps track of the type of statistics people look for most.

On their Public Policy blog site you will find a list of the most popular themes, ranging from unemployment and crime statistics to first and last names.

What's more, Google has translated the information concerning the datasets into 38 languages.

It might be worth mentioning that the launch of the Google Public Data Explorer has met with vivid interest in the internet-based media and international press. Eurostat was mentioned as one of the partners in the venture, alongside the World Bank, the U.S. Census Bureau and the OECD.

And finally, how many people at Eurostat are responsible for maintaining contacts with the Google team?

Apart from the three of us in the Dissemination Unit, Bernard (the coordinator of the project), Christiaan (dealing with technical issues and web content) and Celia (statistics), Barbara Rychel from Unit B6 is responsible for the metadata coordination. We would like to thank all the production units in Eurostat for their help in making this venture a success. 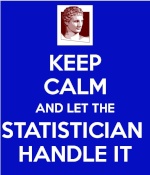 Re: Eurostat and Google begin co-operation