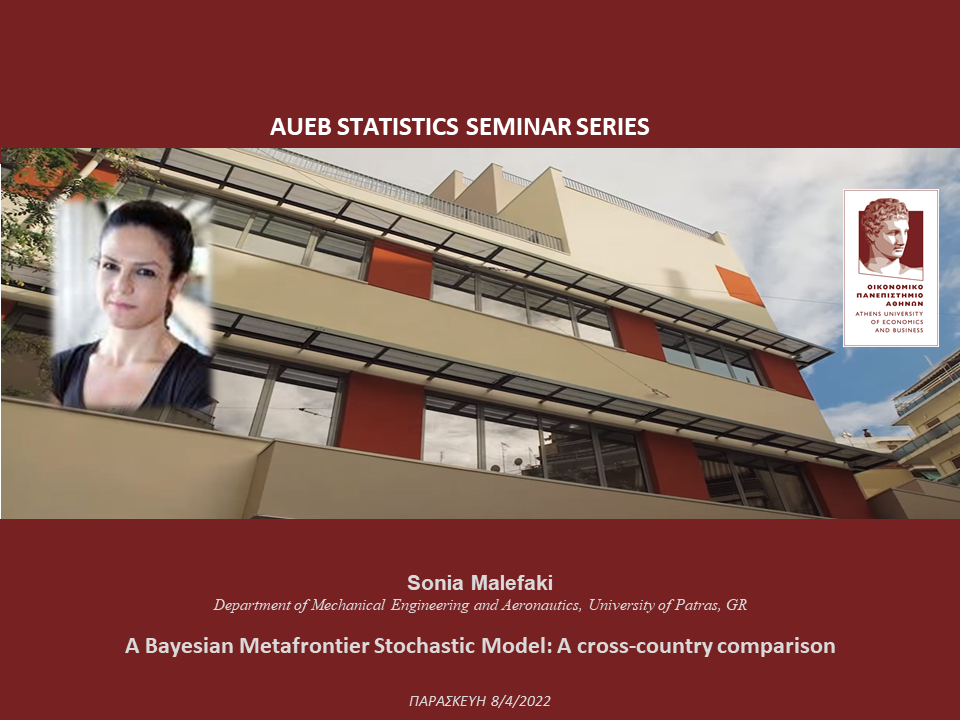 Abstract: In the current work, a stochastic production frontier model is presented and studied analytically under a Bayesian perspective to estimate technical efficiencies across units (countries or firms) over a time period. The proposed model allows to account unmeasured heterogeneity imposed to the observed data due to different sources, for example geographical, economical and institutional idiosyncrasies among units. Additionally, the proposed model captures unit-specific time-invariant heterogeneity and unit-specific time-varying inefficiency. Then, a meta-production stochastic frontier model is also defined and estimated. This Metafrontier model is used to highlight heterogeneity among clusters of units and can reveal catch up phenomena. The estimation procedure relies on the solution of an optimization problem and on the concept of the upper orthant order of two multinormal random variables.
A meta-production stochastic function for the Bayesian frontier model is developed to estimate productive performance across 109 countries over a 20-year period using two distinct frontiers (OECD vs. non-OECD countries). Empirical results reveal that heterogeneity indeed plays a significant and distinctive role.


This is joined work with P. Economou, K. Kounetas