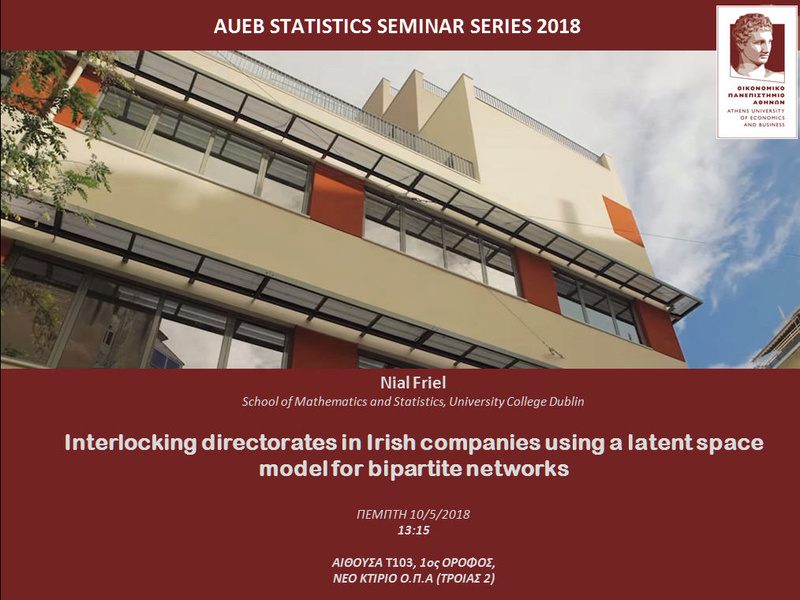 We analyze the temporal bipartite network of the leading Irish companies and their directors from 2003 to 2013, encompassing the end of the Celtic Tiger boom and the ensuing financial crisis in 2008. We focus on the evolution of company interlocks, whereby a company director simultaneously sits on two or more boards. We develop a statistical model for this dataset by embedding the positions of companies and directors in a latent space. The temporal evolution of the network is modeled through three levels of Markovian dependence: one on the model parameters, one on the companies’ latent positions, and one on the edges themselves. The model is estimated using Bayesian inference. Our analysis reveals that the level of interlocking, as measured by a contraction of the latent space, increased before and during the crisis, reaching a peak in 2009, and has generally stabilized since then.