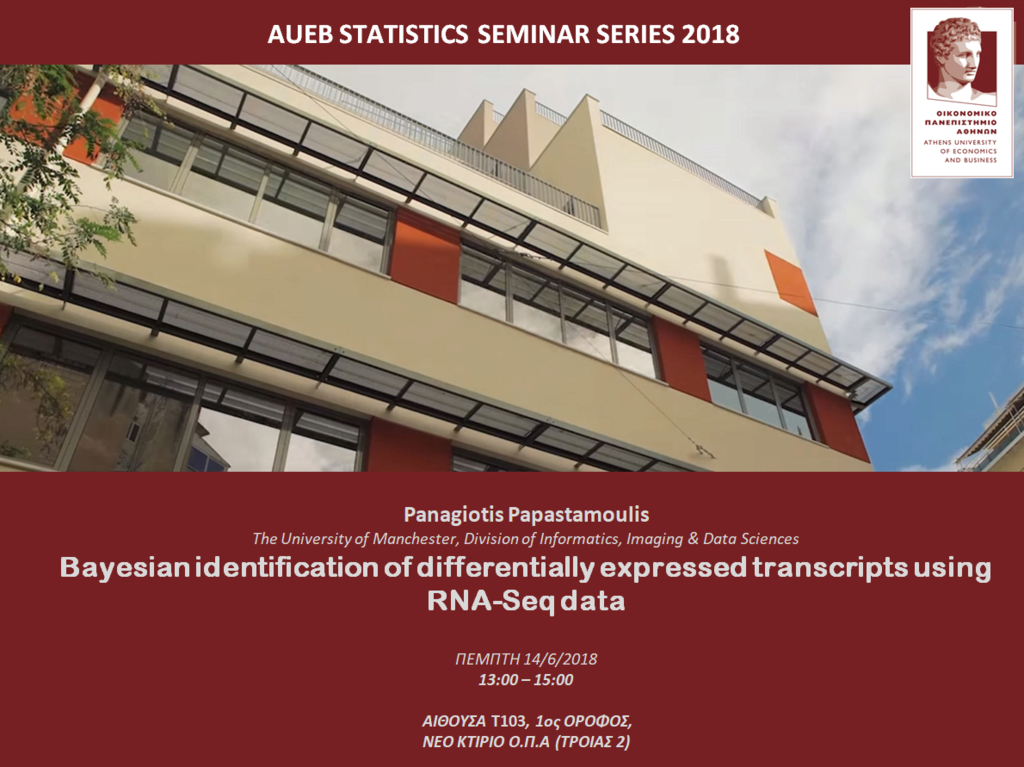 The transcriptome is the set of all transcripts in a studied organism, at a given developmental stage or biological condition. Quantification and characterization of the transcriptome is an essential task in molecular biology. RNA-seq is a next generation sequencing technology resulting in large datasets of short reads, consisting of nucleotide sequences. These reads are aligned to the reference genome or transcriptome and the task of inferring transcript abundances given the aligned short reads would be straightforward if these alignments were unique. However, during the process of transcription, most genes can be alternatively spliced into various transcripts which share specific parts of their sequence. Consequently, many reads map to several transcripts of interest and the estimation of transcript abundance has to be treated probabilistically, since the origin of each read is unknown.
In statistical terms, the problem of inferring relative transcript expression reduces to estimating the weights of a mixture model, assuming that the transcriptome is known. A fundamental task is to discover differentially expressed transcripts between two biological conditions. Most inference methods deal with this question applying a two-stage procedure: a primary model is used to estimate expression and its output is post-processed using a differential expression model. In this talk, both issues are simultaneously addressed by presenting the cjBitSeq model [1, 2] which jointly estimates expression levels and differential expression: the unknown relative abundance of each transcript can either be equal or not between two conditions. It is shown that the proposed model enjoys conjugacy for fixed dimension variables, thus the full conditional distributions are analytically derived. Two samplers are constructed, a reversible jump MCMC sampler and a collapsed Gibbs sampler, and the latter is found to perform best. The method is benchmarked using synthetic RNA-Seq data and compared against other popular approaches.